The Power of Words and Communication

Words have acquired their power all throughout the generations. No matter how many words get added up in the dictionary, words never lose its power. Powerful as always, words can be used to influence people, to create an impact, to make an impression. You use words in encouraging people to believe in your cause, you use communication as a vital key in establishing relationships among others.

In the field of communicating, there are four nice words that will surely make you establish a strong connection with this person. Given the different situations, these four statements will make your communication avenues more open.

When talking to other people, you want to make them feel understood and welcomed. You want to build that sense of friendship so he will not hesitate to talk to you. When you communicate with strangers that you want to influence, you also practice your listening skills. By saying “I understand”, you give remarks of agreement and through this, you encourage the person to open up more. Your conversation becomes smooth and easy. You just have to show interest and enthusiasm to keep the conversation going.

How to show disagreement politely

There will be instances when you will not totally understand what the other person just said. In this case, politely ask him to repeat it or say, “Can you clarify that for me just a little bit more?” Through this, you show interest and you show him that you are intently listening and that you want more explanation on the matter. This will make him feel more welcomed in the conversation.

Since you are two different individuals, it is just normal that you will disagree on some things that he would say. The word “but” has been dreaded because it shows opposition and disagreement. So instead of using this word, try saying “I got what you are saying, and there is something else I would like to add to that”. By saying this, you insert your own opinion afterwards. This shows your respect for acknowledging his opinion, even though you do not agree with it. This will avoid conflicts during conversations, and you can have a healthy and meaningful discussion if the both of you can exchange ideas without having to argue.

Why words are powerful

These are some of the most effective words to drive people to believe your point of view. You get to strengthen your opinions and encourage people to listen to you and make sure that you still maintain friendly ties with these people.

True enough, words are powerful on their own. Given the right choice of words during the right situation, you will surely get to convince more people to believe in your arguments. Use words wisely and be smart in choosing which words will make communication as effective as possible. 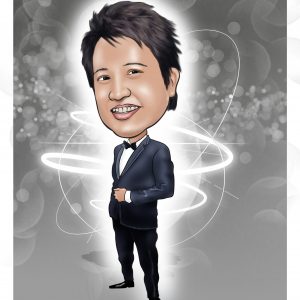 Alexander is a successful Internet entrepreneur who owns various web properties and online businesses. In June 2006, Alexander started a company, which is the holding company for various web properties relating to affiliate marketing, niche marketing, search engine optimisation and content marketing. The company also develops professionally designed WordPress websites and sales funnels for businesses and individuals. You might find this hard to believe, but 14 years ago Alexander didn't even know how to set up an online business and had never touched a piece of marketing books. Everything Alexander has done since then has been self-taught.

PrevPreviousThe Equation of Giving and Receiving 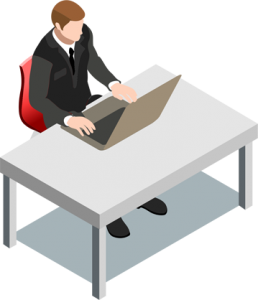 Learn How To Build An Online Business